I can press my own body weight overhead and lift more than double that up from the ground. Knowing this, it often surprises people to learn that I’m vegan. Where the hell do I get my protein, right?

The stereotype of a vegan is someone who lifts more books than weights and could do with an extra couple of portions of beans and broccoli. It’s the old, tired “brains over brawns” dichotomy.

As with many dichotomies it’s also completely false. So let’s prove this stereotype wrong.

Animal rights is one of our generation’s most important issues and veganism is the obvious and only solution. Slavery has been abolished, women have been allowed to vote, and the horrendous concentration camps have been shut down.

We’re not quite done yet though. There’s still a weaker group being coerced and abused by their stronger counterpart. For our furred, winged, and scaled friends the horror isn’t over.

Their concentration camps are still working night and day. For our pleasure.

It’s not only the animals who suffer from this abuse, however. We are effectively killing the very planet we live on just for the sake of tradition and entitlement.

The Food and Agriculture Organization (FAO) has stated that:

“The livestock sector is a major stressor on many ecosystems and on the planet as a whole. Globally it is one of the largest sources of greenhouse gases and one of the leading causal factors in the loss of biodiversity, while in developed and emerging countries it is perhaps the leading source of water pollution.”

The United Nations (UN) is clear about what we must do:

“A global shift towards a vegan diet is vital to save the world from hunger, fuel poverty and the worst impacts of climate change.”

I firmly believe that everyone’s a “vegan waiting to happen”. Yep, even the bacon guys.

Certainly slavery wouldn’t have been abolished nor would women be able to vote.

This carnist culture must be perpetuated or it would vanish. We see this first with parent covering the eyes of their children, who would otherwise refuse to eat their animal friends, and then by producer painting pictures of idyllic family farms and happy, laughing cows.

“If slaughterhouses had glass walls, everyone would be a vegetarian.”

Go on, give a toddler a bunny and an apple and see what comes naturally to her. I’ll bet you my left leg that she’ll eat the fruit and play with the animal. Not the other way around.

So how come not everyone is vegan by now? All the ingredients are there – what’s missing?

Unfortunately, there are a few obstacles to overcome before vegan nirvana can ensue:

I can’t do much about people being lazy but what I can do is share information and try to disprove the misconceptions. This is the whole reason why I started Athlegan!

If you’re vegan (or vegan curious) and you want to become stronger and more fit, Athlegan is for you. 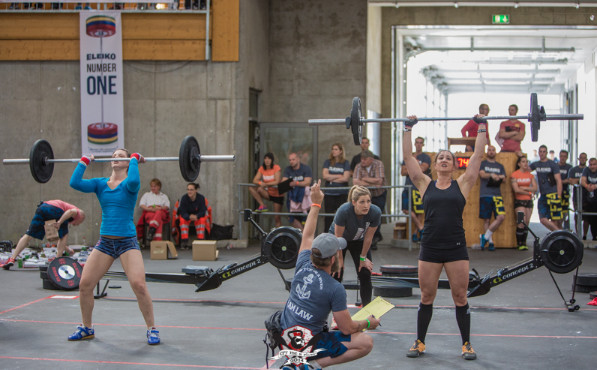 Here you will be able to learn about strength and conditioning, vegan nutrition, and arm yourself with all the ammunition you need to go head to head in discussions on animal rights and veganism.

Together we’ll become strong and fit, showing the world just how powerful you can become on a plant based diet and rid people of the excuses keeping them from doing the right thing.

Will you join us? Sign up now (100% free) and let’s become strong vegans together!

How to live with (and even love) a meat eater

Four steps for transitioning to a vegan diet