We all know someone who just loves CrossFit and there sure are people who hate it. Everyone seems to have an opinion but few actually know enough to hold an informed one.

“CrossFit equals no gains”, says the bodybuilders, while personal trainers mumble about “proper pull-ups”, and the keyboard warriors cry “not meant for reps!”.

Yet, month after month countless people quit their local gym, join a CrossFit box and get into the best shape of their life. The CrossFit Games grows for every passing year and keeps bringing out beasts of men and women to show just how far you can push the human body.

So what gives? How come we have these two very opposing camps? As often is the case I’d say it all boils down to misunderstanding.

Disclaimer: Considering myself a CrossFitter I might be biased but please do hear me out. We might just end up agreeing with each other!

There’s two sides of CrossFit: the sport and the training methodology.

The sport, with CrossFit Games being the premiere example, is basically a measurement of fitness, while the training is what most of us participate in at our local box.

Sometimes they’re the same – some athletes exclusively train CrossFit to compete in CrossFit – but for this article we’ll primarily look at CrossFit as a training regime.

CrossFit HQ has a good definition of the methodology:

That might be hard to digest at first glance though, so let’s break it down.

It’s the trendy thing in fitness, I know, and no one seems to be able to agree on what the hell it actually means to train functionally.

However, CrossFit has a clear definition.

In CrossFit, functional movements are exercises that mimic and enhance manoeuvres that come naturally to our bodies. Sitting down and standing up, carrying heavy loads, pushing objects away from and pulling them towards you, running, jumping, etc.

These movements are the same whether you’re doing loaded carries with weights or just carrying your groceries home, standing up from your TV couch or from a barbell squat – functional movements prepare you for life.

CrossFit wants to prepare you for the unexpected. While this obviously includes sports, it could also be mundane activities like helping a friend move to a new apartment or heroically climbing to rescue a kitten in a tree – CrossFit wants to turn you into that kind of self-sufficient guy or girl.

Anticipating the unexpected should be reflected in your training. That’s why no two CrossFit workouts are the same. Every day has a new WOD; a mixture of gymnastics, weightlifting and endurance conditioning in endless combinations.

Contrary to popular belief, this has nothing to do with the ridiculous concept of confusing your muscles and keeping them guessing. Constantly varied training is simply about training and learning from a wide selection of exercises, to broaden your experience.

CrossFit measures intensity in power. Power is the amount of weight you move and the distance you move it, divided by the time it takes you. It’s physics, bro!

Simply put, CrossFit strives for the ability to move heavy shit, far and in a short time.

(Don’t ask me why they put that woman in the video – the women you meet in CrossFit boxes are certainly no less beasts than the guys.)

The goal of CrossFit

So the methodology of CrossFit is constantly varied, functional movements performed at a high intensity. This phrase has been parroted so many times that it’s easy to forget the why behind it.

Yes, there’s actually a reason for this specific approach!

The goal is to achieve some very concrete results and CrossFit has another famous phrase that summarizes this:

Work capacity is defined as force over distance – meaning how far you can move an object and how much it weights. In a deadlift that’s the weight of the bar over the distance from the floor to lock-out. In a marathon that’s your bodyweight over 42 kilometers. 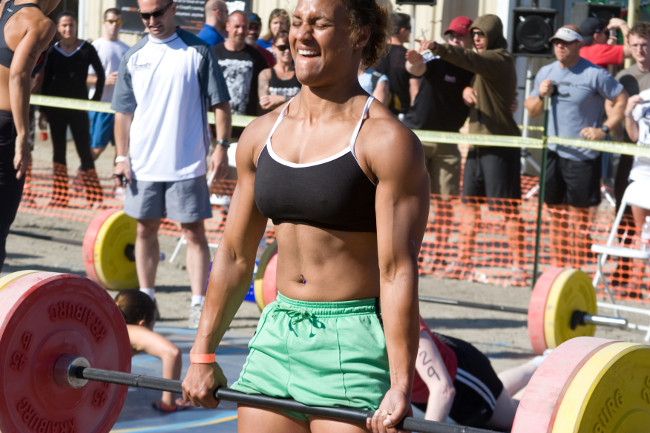 If you can lift heavier weights over the same distance or the same weights but farther, then you’re improving as per the CrossFit standards.

A broad time domain simply means you should strive to excel both in sprints and marathons, explosive lifts and heavy, grinding work. This is to improve our different energy systems: anaerobic, aerobic, and any mix thereof.

The broad modal domain refers to the ten general physical skills: accuracy, agility, balance, coordination, cardiovascular and respiratory endurance, flexibility, power, strength, speed and stamina. You’ll want to be good at all of them.

In essence, CrossFit promotes a well-rounded fitness where you don’t sacrifice your skills in one area to specialize in another. This is the very antithesis of skinny endurance runners on one end and fat powerlifters on the other.

Now that we have a clear(er) picture of what CrossFit is, let’s have a look at some ways people seem to misunderstand it.

No, CrossFit is varied and that’s very different from being random.

When programming CrossFit training there’s a lot of thought put into keeping it balanced, varied and progressive. This is usually done in meso and micro cycles.

In a micro cycle you keep it balanced between weightlifting, gymnastics and “monostructural work” (running, rowing, etc), as well as heavy, light, singles, duplets, triplets, etc, over the course of a week.

In a meso cycle you have heavy and light weeks, endurance training, skills practice, etc. This is the birds eye level and it usually finishes with 1RM testing and benchmark WODs to measure improvements.

You’ll hear this a lot from the bodybuilders and they do have a point. You will grow more muscle training like a bodybuilder, than doing CrossFit.

But here’s the thing: while both styles use barbells for training, their goals are vastly different.

CrossFit does not try to optimize your muscle growth like bodybuilding. Instead it tries to make you as strong, fast, flexible and balanced as possible.

This is also the reason why you’ll see scepticism towards CrossFit’s pull-ups: people have simply misunderstood their purpose. Strict pull-ups are harder and that’s exactly why they’re trained and performed that way. In CrossFit however the goal is to use your entire machine to be as efficient as possible and this means kipping and butterfly pull-ups.

Ultimately you will have to decide what results you’re after and then pick a regime to suit.

This is one common critique of CrossFit that you’ll read a lot online, usually from people whose experience with CrossFit doesn’t stretch far outside of a couple of YouTube videos.

But is it really that surprising that you can find people recording themselves doing stupid shit? Especially when something grows as popular as CrossFit has.

Instead I submit that letting people with no idea what they’re doing, loose on a gym with machines and weights and no supervision – that’s dangerous. 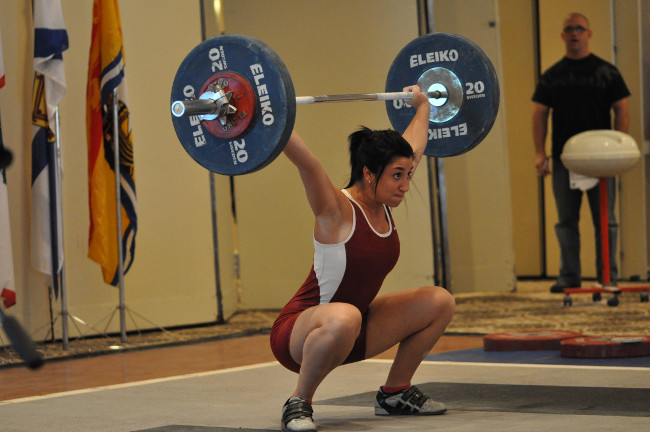 In CrossFit you have coaches on hand and classes are usually kept small. You’ll have a professional trainer on hand to correct your form, point out your flaws, and teach you proper technique.

In fact, one of the things you learn when taking the CrossFit Level 1 certification is:

First you teach the movement, then you make sure the trainee can repeat it consistently and only then you allow them to increase their intensity.

With that said, one box can be very different from another and so can their coaches. And bad coaches are dangerous, even though CrossFit does its best to try and remedy that.

Anyone can do CrossFit, you just have to scale correctly. For all exercises there’s usually a prescribed weight (e.g. RX) and depending on your level you simply do a percentage of that until one day you feel strong and fit enough to tackle it.

Boxes can vary a lot between each other and what’s a perfect match for someone might not work at all for yourself.

Your coaches are there to help you. It’s their job and not unusually their passion, to take your raw material and turn you into the best possible version of yourself.

Why everyone (including you) should hire an online coach

Fasted Cardio: The Good, The Bad and The Hungry