When gaining or losing weight, a knee-jerk reaction is to use the scale to see how you’re doing. Quantifying and tracking your progress is a great idea but we have to be mindful about exactly what numbers we care about.

Using bodyweight as a measurement and the scale as a tool does have its benefits. It’s one single number to keep track of and you simply step on the scale to measure it.

However, it’s important to know about the downsides as well and a primary disadvantage of the scale is the fact that it only measures body weight.

The same weight but with very different aesthetics.

Imagine transforming overnight from one of the people above to the other and then having the scale tell you, “no change”. Would you really believe that?

That’s exactly what often happens when you step on the scale one morning and see no changes, even though you’ve worked hard for weeks. Or when you suddenly have gone in the opposite direction from one day to another.

These changes are utterly meaningless. Weight alone is a very bad measurement.

Instead of looking at it as weight-loss, rephrase it in your mind as fat-loss. Likewise, instead of gaining weight, what you probably want is gaining muscle.

This is more than just semantics. It’s an important distinction. 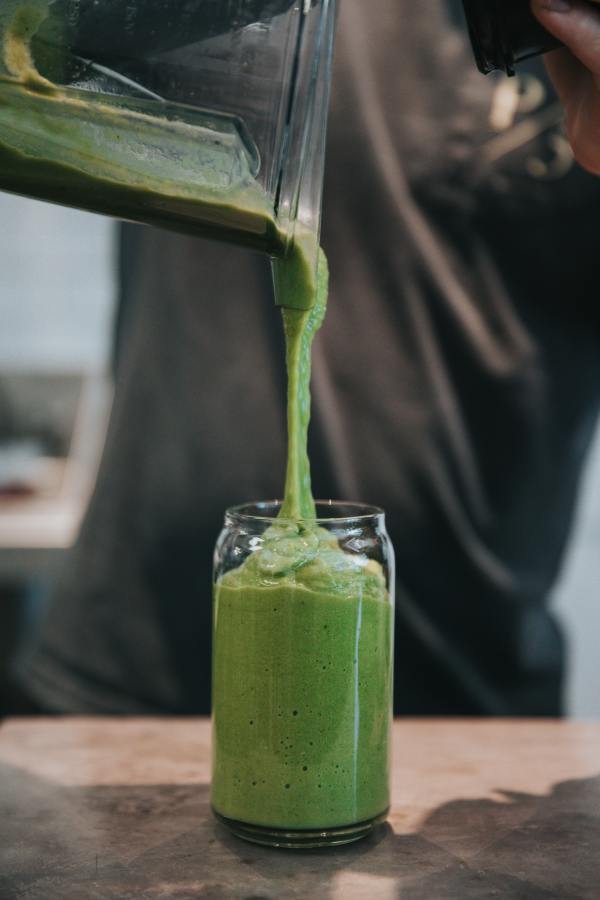 The only way to know exactly how much of each part you actually consist of is to chop you up, throw the parts in a blender, and then analyze the gooey liquid. Of course, then you wouldn’t be alive to know the result.

Luckily there are alternatives.

We can measure different parts and aspects of our bodies and then use those numbers as proxies to estimate how much muscle, fat, water, etc that we’re carrying around.

These different approaches can be very accurate but it’s worth remembering that they’re predictions and not exact measurements.

Depending on the method, you get the result divided into different groups (compartments).

They all show fat and non-fat (Lean Body Mass) but some of the more advanced technologies split the LBM up further, into bone mineral, muscle, and water.

Methods can also differ in their reliability and accuracy.

A reliable method shows the same results if you try it several times in a row. If the input is the same (you carry the same amount of fat) then the output will be the same (body fat percentage).

That means you can rely on the fact that changes mean something.

Being reliable doesn’t mean being accurate, however.

The method could show 20% body fat when you’re actually 10% but by doing so consistently you can at least know that dropping to 19% means you’ve lost 1% (even if you don’t have an accurate number for your total body fat percentage).

Again, being accurate doesn’t mean being reliable. The method could differ just a percentage, so it’s very close to the truth, but sometimes it adds +1% and sometimes it subtracts -1% so you can never rely on the measurement from one time to another.

This means that you should know your tools and use the right one for the job.

If you’re a researcher who wants to compare the average body fat percentage of office workers with that of construction workers, you want an accurate tool.

If you just want to track your body fat to make sure you’re making progress on your fitness goals, you want a reliable tool.

The techniques all have their pros and cons. Below are the most popular ones, in order of reliability.

You’re submerged underwater and the difference between your weight “on land” is then compared to your weight in water. Using those numbers, your body’s density can then be calculated, which basically shows how “hard” your body is. That’s run through another calculation and out pops your estimated body fat percentage.

Pros: The most accurate way of predicting your body fat – the “gold standard”1. Other methods use hydrostatic weighing as their comparison criterion2345.

Cons: You have to get wet and it’s expensive.

Using a caliper you pinch and measure folds of skin at various sites of your body. These numbers are then calculated, along with your sex and age, with one of several algorithms to arrive at your body fat percentage. It takes some practice to be good at caliper measuring but it’s a very convenient method.

Pros: Calipers are cheap and measuring can be done at home. It can be very reliable (almost like hydrostatic weighing46) depending on your experience with the caliper and how many sites you measure2.

Cons: Calipers takes some practice to learn how to handle reliably.

Two x-ray beams are shot into your body to measure bone density, body fat, and fat-free mass (everything else). One cool feature of DEXA scans is that they can determine where your body fat is located.

Pros: It’s quick, you keep your clothes on (or is that a con?), and you get a measurement of your bone density.

Cons: The results are not very reliable for individuals7 and can even vary between machines8. Also, it’s quite expensive.

In essence the same as hydrostatic weighing, minus the water. You enter a futuristic coffin-looking chamber, where both your mass (weight) and volume is measured. Using these numbers your body’s density can then be calculated.

Pros: Compared to hydrostatic weighing you don’t have to get wet.

Cons: Not very cheap and quite unreliable359. It’s easily affected by facial hair10, body temperature11, and even the tightness of your clothes12.

By running light electricity (you won’t even feel it) through your body, it’s possible to measure its resistance and thus estimate a body fat percentage. Bioimpedance is probably the quickest and easiest method to measure your body fat and many bathroom scales have it built-in.

Pros: Super easy to use (you can do it at home).

Cons: You can’t really trust the results, as they are majorly affected by your current water retention (and race!) and can be wrong by up to 19%4.

And many, many more

There are plenty of other methods too – as well as many proprietary variants – but the list above contains the most common ones to measure body fat percentage.

It’s worth keeping in mind that this is not an exact science. Most technologies have not been developed to help individuals determine their exact body fat percentage, but to help scientists track groups of people.

One way to smooth out such inaccuracies is to employ the method we use for tracking calories; you record daily but then only look at the numbers as a weekly average, when you sit down to analyze your progress on Sundays, for example.

But then what? What do you do when you know your BF%?

One of the first questions that probably pops into your mind when you learn that you have X% body fat is whether that’s a good or bad number.

Like most things in life, it’s not black and white but rather a spectrum, here ranging from the extremely malnourished and underfed to the morbidly obese.

The Americal Council of Exercise lists norms for men and women for comparison:

Your exact body fat percentage is irrelevant and it makes no difference whether you’re 12% or 13%. No one else cares and there are no Instagram medals to be had.

It can be a useful tool, however, if put to work correctly.

For example, multiplying your body fat percentage with your body weight will tell you how much fat you’re carrying around and give you an idea of how much you could stand to cut or afford to gain.

As you progress, you can also use BF% as a way to keep track of where your weight changes are coming from. Are you actually losing fat or a lot of other tissue? Are you gaining muscle or mainly fat?

It’s one addition to the toolbox and like any craftsman we should learn the ins and outs of our tools so that we can apply them correctly.

8 tips to make intuitive eating work for you

A guide to jaw-dropping before and after photos

The optimal rate of fat-loss for YOU