Competing at the top level in one sport is awe inspiring in itself but for some that’s not enough. Meet Lisa Gawthorne, a vegan duathlete on Team GB who’s kicking ass as both a runner and a biker.

Lisa is an outspoken vegan who’s had a lot of success lately, placing top ten in the Duathlon World Championship. Of course we had to have a chat!

Can you tell us about how you went vegan?

I turned vegan 15 years ago but I was vegetarian from age six. I am a huge animal lover and I have never been comfortable with the reliance on animals to provide food, clothing or any other materials.

I found out what a battery farm was at a very young and once I made that connection I never touched meat again. It was always my aim to go vegan and as soon as I did all the research to make sure all the relevant alternatives could be provided, I made the change, went vegan, and I’ve never felt better.

Not only has it improved my overall health but it’s given me a new found energy that has seen me achieve personal bests in all the distances I train for on a running point of view – so this is for distances like 5km and 10km and also things like middle distance track work too.

I have definitely improved from being on a vegan diet in running and cycling.

I also do a fair bit of strength and conditioning work in the gym and that too has come on in leaps and bounds I feel since following a plant based diet.

What has been the hardest and easiest things as a vegan? Did something surprise you?

The hardest thing is dealing with the constant questioning of “where I get my protein from” – it seems to be everyone’s favourite and something many people are concerned with. It’s amusing, as I track my protein intake daily and get more than most of the meat eating friends I know!

The other thing I find hard is that I am super emotional where animals are concerned. I wish I could save every animal and give it the best life ever and get quite disappointed when I face the harsh reality of this not only being possible but it also disappoints me that many people just don’t seem to be bothered or affected by it which I simply can’t get my head around at all.

The thing that has surprised me most is the amount of people that come to me for dietary advice. I am blown away by the fact I am seen to me making positive contributions to the public vegan movement and I love helping others make that transition through as much help and advice as I can give.

I love hearing stories of how I have helped to inspire others to take the leap and its brilliant hearing how they feel and perform so much better without meat in their diet.

How did you get started with duathlon? 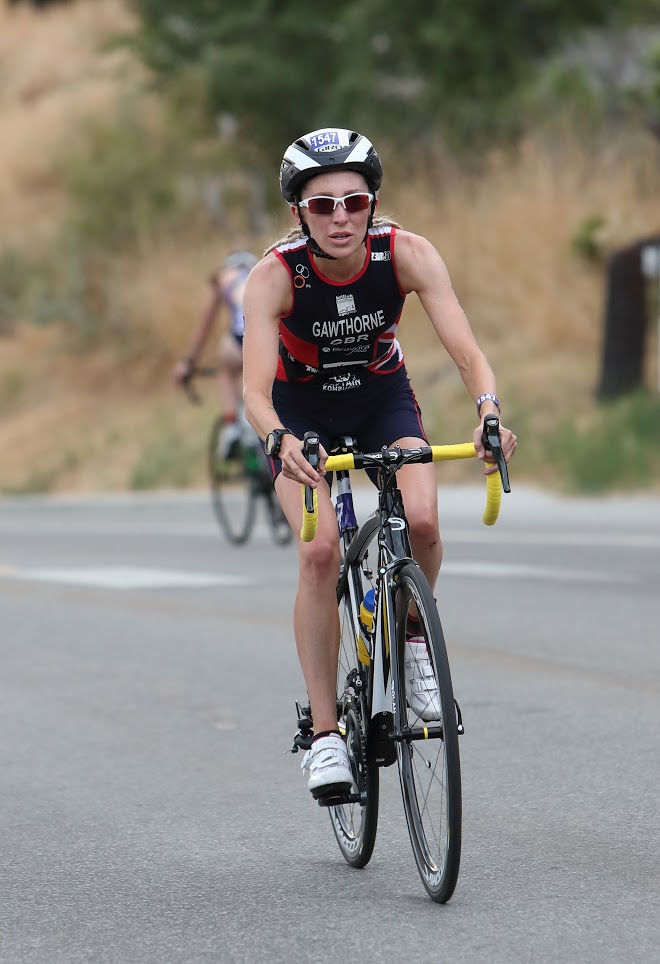 I actually fell into duathlon training by accident really.

I have always been a keen runner but at the back end of 2015 I had a knee operation and the rehab involved a lot of cycling and a smaller focus on running which I couldn’t do properly for 5 months.

So I started to look at competitions that combine the two disciplines to help me get back on track.

I fell in love with duathlons from that point and in the first year of training I managed to qualify for both the European and World championships – it just goes to show what a frustrated runner can actually do when injured with only the use of a bike!

Today I devote equal time to running and cycling and enjoying their different challenges.

So how are you training today?

I am currently training for the World Duathlon Championships in Denmark in July. This involves three key areas for me: running, cycling and weight training.

I have a bike coach – Ian Roberts at Team Limitless – who sets me specific sessions based on increasing endurance, speed, power, or V02max and we tend to focus on periodization of these sessions according to big race goals. Ian is a fantastic triathlete and he knows me and my business lifestyle well which he kindly always plans around.

For running I tend to coach myself, I am part of a running club (Liverpool, Pembroke Sefton) but struggle to get to the sessions so I tend to so my run sessions alone against the clock on the road.

I tend to make sure I have an easy run, a tempo run and an interval session all in the same week. I follow a similar program on the bike (which currently happens mostly on the Wattbike because of the cold temperatures) and right now I am doing a day on running followed by a day on the bike and so on. In addition to that, I add in 2/3 weights workouts that focus on all over body strength.

I also plan all my own strength and conditioning weight based sessions, which I am fortunate enough to be able to do in my home gym.

What’s your experience being a vegan in your endurance sports?

I have found that being a vegan has only ever helped my performance across all disciplines. My energy levels went through the roof when I turned vegan 15 years ago and I found that I could train easily in the evenings no problem when previously I felt too tired to do this.

I slept better, I felt like my insides were cleaner and more in tune with how they should be. I also felt less sluggish and generally more fast and fierce in everything I did – from running a race, to getting on a bike or lifting weights.

The other great thing I noticed is that I stopped getting such frequent coughs and colds and managed to power through the year without any of those immunity issues.

My performance in the world of running, cycling and weight training has never been better, I have logged my fastest times on a vegan diet and I have lifted the heaviest of weights on a vegan diet.

If someone wanted to get into duathlon, what would you tell them?

First of all, I would say enjoy it – enjoy the journey, the planning, the good races and the not so good races. It’s a good experience for growing you as a multi-sport athlete.

Multi-sport is all about decent and commitment. Whether its two or three disciplines you have to spread yourself across, planning sessions across disciplines you are focusing on each week is essential to make sure you are giving yourself the best chance of improving across more than one discipline.

Even if you’re a great runner/swimmer/cyclist, you can’t just sit back. Your skill level still needs to be maintained, perfected, and improved on whilst putting a little more emphasis on weaker disciplines.

How about food – what are your favorites?

I love making vegan curries as I generally like Indian food but I have a real soft spot for vegan baking. Muffins, cakes, cookies, etc. This is my favourite recipe for the most amazing vegan muffins:

What do you eat during a typical day?

On training days I eat as follows:

Lunch – Vegetable soup or stew with tofu or a seitan salad and some corn cakes.

Dinner – Vegan sausages and broccoli or vegan curry or chilli with veg and brown rice.

On my days off I try not to be as planned and I let my body feedback what it needs as the rest of the week I pretty much stick to a plan so on days off I will still eat healthy but I won’t be as religious about tracking all my macros and will just enjoy it. Saturdays usually involve vegan cheesecake!

I take a vegan multi supplement and vegan glucosamine during heavy training periods.

What advice would you give to someone who is thinking about or has just gone vegan?

My overriding advice would be – don’t worry about anything.

People worry about protein intake or energy levels but when I look at what I eat, I get more than most meat eaters in a day and have more energy than I know what to do with!

Ignore the myths and just enjoy a clean, morally kind way of living that will make you feel so much better on so many levels. Mind clarity, fitness skills, sleep patterns, skin health, digestive health– they will all see massive improvements.

I am constantly contacted my readers of my vegan health and fitness book (Gone In 60 Minutes) and they all share a common theme with their feedback – they all wish they would have gone vegan sooner as they can’t believe the noticeable benefits it has truly brought to their lives.

Where can people find you online?

I co-own and run veggie and vegan food business Bravura Foods - a UK based business that represents, markets, sells and distributes vegan brands in the market such as Panda Liquorice Freedom mallows, Captain Kombucha, Vegan Bakery and Little Miracles as well as owning its own vegan confectionery brand Free From Fellows. 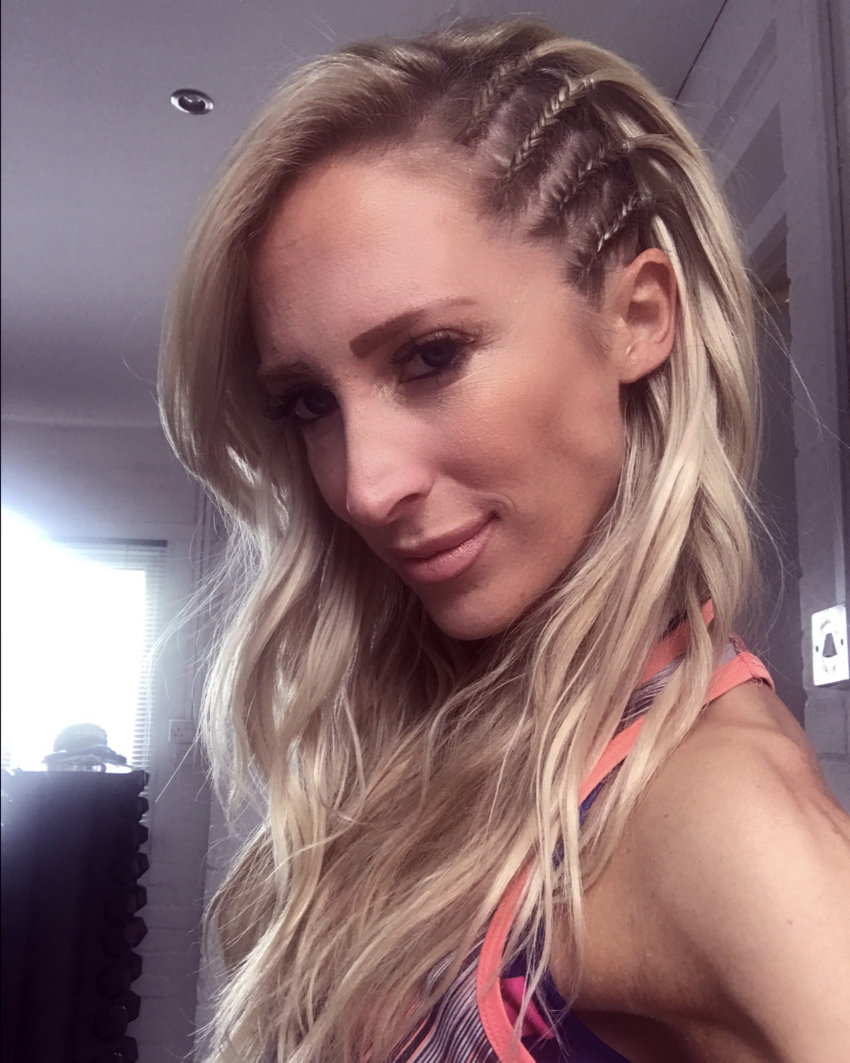 Probably one of the most active vegans around, I am a competitive runner, having ran for club (Liverpool Pembroke Sefton), the county (Merseyside) and Great Britain Duathlon teams for my age group on European on World Championship levels.