Half Japanese, half American, wholly strong badass, Sahy Lalime is one impressive woman. Just home from the European Championship in powerlifting, I got the chance to talk to her about lifting heavy weights and eating plants.

Hey, Sahy! Tell us about yourself.

I’m a 35 years old powerlifter from the USA, where I lived for most of my life. Now living in Brussels and competing for Belgium in the IPF (63 kg class, raw division).

Professionally, I’m a personal trainer at several gyms, so even when I’m not training myself you can usually find me at the gym.

I can’t say that I have too much time after work and training but I do love a good punk rock show or some karaoke every now and then. Otherwise, you can find me at home curled up with some herbal tea and a book, or just sleeping. Sleeping is the best.

Sleeping IS the best! What’s your take on naps? 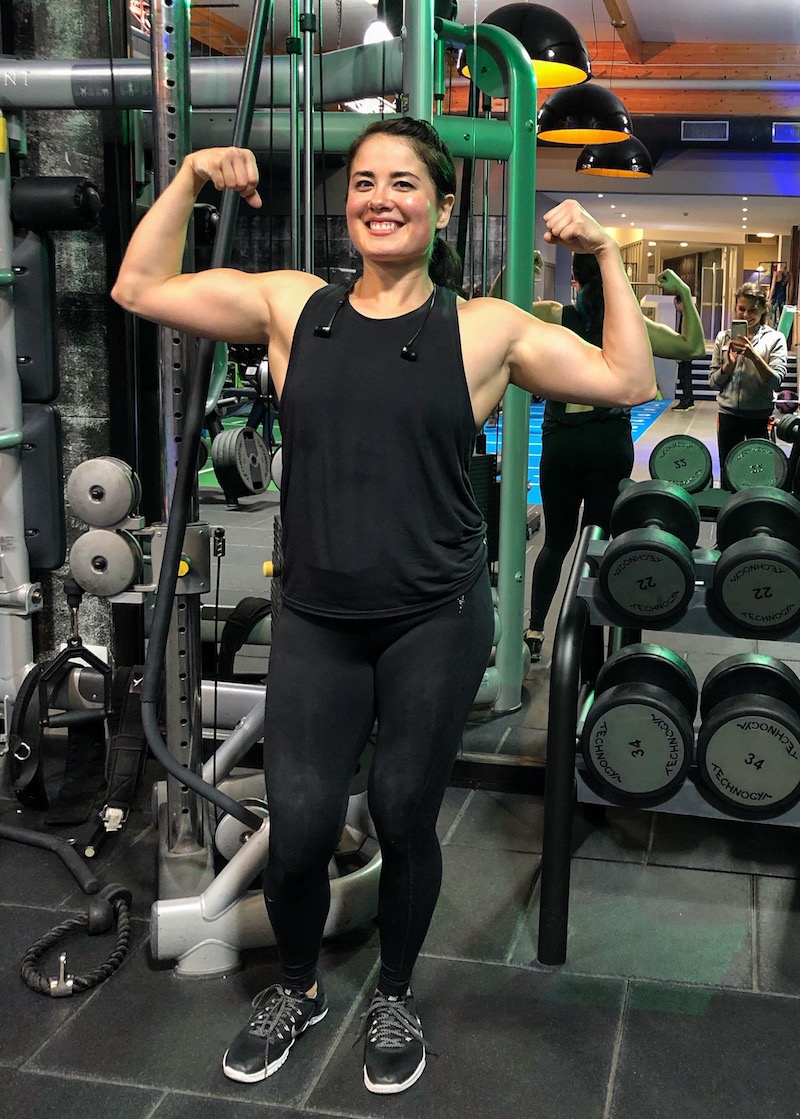 Taking naps can be helpful when you are extremely tired and lacking sleep, but you can run the risk of disturbing your evening sleep if you take a nap that’s too late or too long.

When I do nap, I keep it short and just close my eyes and relax.

I think there’s a lot to be said for taking a few moments out of your day to slow down, breathe deeply and unwind. I perceive more benefits from sleeping a solid 8-10 hours per night than an hour-long nap, for example.

On the rare occasions that I am successful in getting a good night’s sleep, I usually don’t feel the need to take a nap during the day. Sleeping more is definitely one of my objectives for the upcoming year!

What’s your experience moving to a new country with new language(s)?

Living in Brussels has been a great experience so far.

The people here are great and I love the proximity to other European countries. There isn’t such easy access to other countries and cultures from most parts of the USA.

As far as language goes, Belgium is a little complicated, with three official languages: Dutch, French, and German. There is also a large expat population in Brussels, so the working language is often English.

I started off by learning French, as I live in the French-speaking region of the country, and really improved after landing my first job in a gym. It was make or break and I don’t like to fail. As it turns out, learning French was definitely high on the list of things I wanted to accomplish after moving here.

I needed to break that stereotype that Americans can only speak one language. :)

Funnily enough, when I started powerlifting in Belgium, I chose to join a club in the Flemish league, rather than the Francophone. Yes, there are two different powerlifting leagues in this tiny country. So I guess it might be time for me to start learning Dutch!

Can you tell us a little about how you went vegan?

I have always loved animals and never felt right about eating them and so, after I left home for college in 2002, I quit eating meat, fish, and milk.

Later, while working at my college radio station, I met some vegan punk rockers and became aware of the philisophy behind the vegan movement. Though I didn’t transition to veganism at that time, I adopted a lot of the practices, such as avoiding purchasing new leather/wool, buying second-hand clothing, and using only cruelty-free beauty products.

Over time, I started reducing my consumption of butter, cheese and eggs but stayed flexible when visiting other peoples’ homes or restaurants. As I learned more about the horror of the dairy and egg industries, as well as the environmental destruction caused by animal agriculture, I knew I needed to commit 100% or risk being eaten up by guilt.

So about 5 years ago, I officially went vegan and it was an enormous mental relief.

Interestingly, a lot has changed over these past few years. There are so many more options out there today, it’s incredible. Back when I gave up meat, vegetarians and vegans were still looked upon as weirdos and there weren’t a lot of food options. 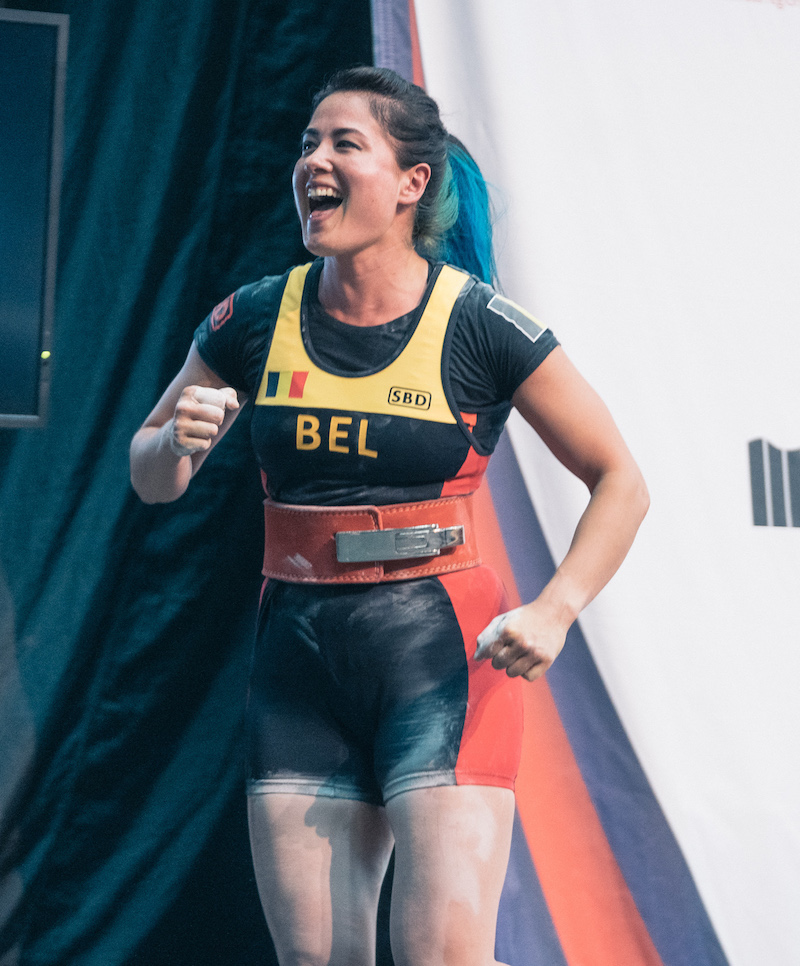 Of course, it didn’t seem hard at the time, because that was just the way it was. But, man, vegans today have it really good!

After I went veggie, I was surprised that I didn’t crave meat or cheese. Not at all. I’m glad that I didn’t, because you hear a lot about people who stopped being vegan because they missed eating those things.

On the contrary, the thought of eating any of those things is revolting and I actually feel my stomach turning at the thought. Amazing how things can change!

However, while meat replacements these days are pretty solid, I feel there is still some room for improvement for fish replacements.

I also think vegan cheese has a long way to go, particularly in terms of texture. Nothing I’ve tried has really come close to that melty yet still chewy texture of traditional cheese. Most melted vegan cheese is either really gooey or dry. They also often contain lots of oil and have minimal nutritional value, so I tend to avoid them.

Plenty of tasty options out there that don’t require cheese, though, real or fake.

I started exercising in my mid-20s and, before then, my only form of physical activity was skateboarding and moshing at punk rock shows!

The first thing I got into was jumping rope, thanks to a friend of mine who runs a punk rock jump rope class. After that, I started going to the gym regularly and taking classes, mostly HIIT. Then I started lifting weights – and fell in love.

I learned and practiced the basics: squat, bench, deadlift, hip thrust, pull-ups, pushups. After years of consistently working on those movements, I became pretty decent at them. Then one day a few years ago, I read an article that mentioned powerlifting and I realized, oh hey, here is something I can actually do!

It was great timing too, because I desperately needed a new challenge in my life. SO SO PERFECT. I signed up for my first powerlifting meet and am still going strong!

I’m fresh out of my first European Championships, which took place in Lithuania at the beginning of December.

What I came away with was the certainty that I am capable of much more and I’m really excited to bring that out in 2020.

I took a week off after Europeans and have just started my new training cycle. I have a few months until my next competition, so I will spend this time powerbuilding and training variations of the main lifts.

As I get closer to competition, the training will become more specific, so now’s the time to have some fun and use exercise variations to improve weak points. In other words, this is where the real work happens! 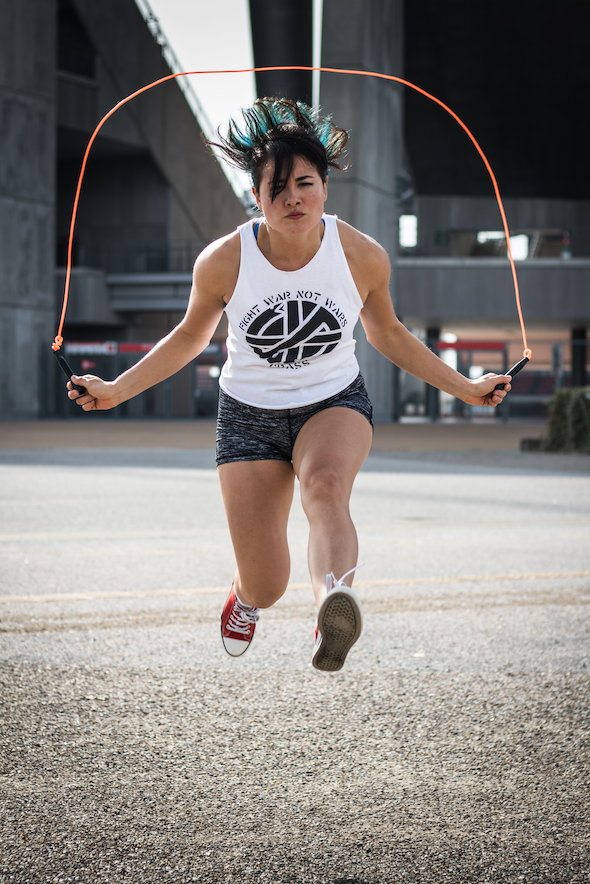 My next major goal is prepping for the World Championships in Belarus in June. I will have Belgian Nationals in March, where I hope to add some kilos to my total to improve my overall ranking going into Worlds.

I am also working on gaining a solid 2 kg over the next couple months, in the hopes of eventually packing on more muscle and getting stronger.

My general training schedule is four days per week, with each training day starting out with the main lift variations, followed by accessory work selected on the basis of improving the main lifts.

I personally also include, when I’m on my best behavior, two additional training days for cardio and conditioning work. Some powerlifters claim to be allergic to cardio, but I love it (particularly jump rope) and believe it makes me a more well-rounded, capable athlete.

I’m half-Japanese, so I have a particular fancy for Japanese food. I’ve been working on creating vegan versions of various traditional Japanese dishes.

One of my favorites is gyoza! I use crumbled tofu or tempeh and it works like a charm.

I also really love using tofu in both sweet and savory concoctions. Tofu chocolate pudding is absolutely delicious. My latest cooking goal is to transition to making my own tofu and possibly even soy milk, instead of using store-bought.

Yo, tofu chocolate pudding is heaven on a spoon! A healthyish, high protein, CHOCOLATE snack…what more could you want? Here’ s a recipe for you to try:

What do you eat on a typical day?

I eat around 5 times a day: breakfast, lunch, dinner and 2 snacks.

Breakfast is easy to prepare and usually consists of oatmeal with lots of stuff in it, soy yogurt, peanut butter toast and raw veggies. If I really don’t feel like chewing I’ll make an oatmeal protein smoothie instead. I love making pancakes on weekends.

Lunch is generally whatever I had for dinner the night before.

When I’m on my best behavior, I meal prep by cooking for 3 days at a time. Usually that’s two different main dishes (ex: tofu teriyaki, seitan and kidney bean chili) and one or two snacks (ex: hummus and veggies, lentil salad).

I also drink one or two protein smoothies on training days, during and/or after training.

Supplements are vitamins B12 and D, algae for DHA/EPA, creatine, and protein powder.

I keep my supplement intake as simple as possible, both for my wallet and my sanity. As an IPF powerlifter, I’m subject to random drug-testing for competition and, while the probability of supplement contamination is low, you take a risk with every product you take. I try to minimize that risk, or I’ll get paranoid and start obsessing over it.

I should also mention that I have been iron-deficient in the past, so I do supplement with iron in order to keep my levels from dropping too low. I have done both concentrated monthly treatments and strong-dose daily treatments. Currently taking an iron supplement every couple of days and my levels are improving! So I’m really happy about that.

Thank you so much, Sahy! Any last words before we wrap this up?

As the vegan movement continues to expand, I think it’s important to remember that a victory is a victory, however small. Making major lifestyle changes is never easy.

Be compassionate to those who are transitioning, even if it takes them a long time. We all come from different backgrounds and face challenges that are unique to our situations. If a person is not vegan but they’ve started including several meatless meals in their week, that’s a victory for the animals. Celebrate every single one!

We can be hard on ourselves and others, in our quests to be “perfect” vegans. Forcing an opinion on somebody or denouncing them only fosters hostility.

Have patience and let people transition in their own pace.

P.S. I recently branched out into online coaching! You can find out more about Kale & Barbell coaching and original vegan-themed apparel on my website. I am currently working on developing a few other training and meal plan options, so stay tuned.