Vegan Muay Thai fighter Claire has made a name for herself with 14 wins out of 16 fights, 3 by knock-out.

Hey Claire! You just fought at Brute Force – tell us about that

My last fight was against a tough Kiwi girl on Brute Force Whitney Tobin.

Usually I get so stressed before a fight, which is good in a way because it keeps me motivated to train hard, but leading up to this one I felt much more calm and confident. I only had 4 weeks to train for it but this was my 16th fight so I knew the deal and what I had to do to get fight ready.

The fight went well. She was strong in the grapple and had an open guard so I played a long range game, and used hard, straight punches down the middle as well as lots of leg chops as well body kicks to the ribs.

I won the fight so gotta be happy with that :) and I learnt a few things that I needed to work on, like setting up my kicks and getting my distance better.

How did you find your way to muay thai?

I began martial arts because I was an angry teenager and wanted to hit something! And it was way more exciting then netball.

My brother got me into Karate when I was 16 but I stopped training after a couple of years. At 20 I turned to Muay Thai because I wanted to be able to defend myself.

I’d never actually been in a fight in my life but thought learning how to throw some hard punches and knees could be important one day. I didn’t actually know much about Muay Thai but I had a friend training at Tao’s gym and he encouraged me to try it out.

Now I’ve grown to love and appreciate it as a complete sport that requires technical strategy, power, speed, endurance, and toughness.

I always feel like a beginner; the more I learn the more I realize there is to learn and improve on and that’s part of what keeps me coming back to training every night.

I like that it’s high contact and every technique is designed to inflict damage not for tap point scoring.

I have a wonderful sports physiotherapist/ sports scientist at Back on Track who designed a training program for me, working in with my PT’s at Corefit and Stiles Training. It worked really well. 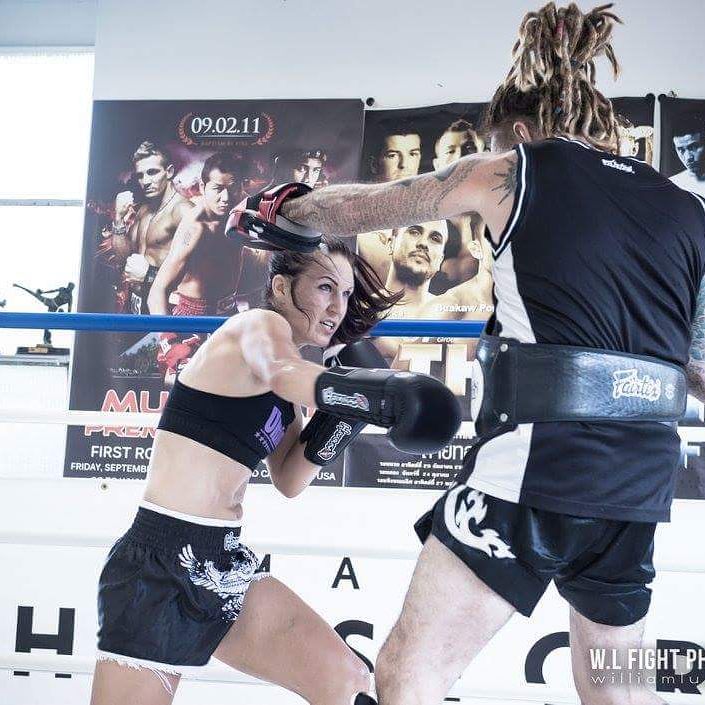 In the past I haven’t been very scientific about my training. My coach trained and fought in Thailand so he trains us the Thai way which works well.

As I’ve become more serious about my training I’ve found that tailored programs have been really beneficial for increasing my fitness and building muscle without the burn out.

I used to just train hard and long every day, restricting my carbs and rely on stimulants to get my through and cut weight. Now I balance my training better and prioritize rest and recovery – including mental rest also.

I also mix up the intensity of my training. For example if I have a really intense day I will follow that by a lower intensity session.

All days, including Sunday, I top my training off with a lot of mobility, stretching, and foam rolling.

When and why did you become vegan?

Becoming vegan has been a long process, starting 8 years ago when I began to cut out meat in my diet.

Since then I’ve gradually reduced my animal product intake and replaced it with variety of plant based, whole foods until, last year, I went completely plant based.

I’m not the kind of person to jump on a trend or cause without researching for myself so that’s what I did.

I learnt a lot about the appalling and cruel treatment of animals in the industry and the massive negative impact the animal agriculture and fishing industries had on the environment. Over the last couple of years I researched in plant based diets for athletic performance and read about many high achieving athletes who were vegan.

So I see it is as a win all round really!

Veganism increases my athletic performance, is awesome for my overall health, saves animals from exploitation and suffering and is a much more sustainable diet for the planet.

So many amazing vegan dishes! I’m really fortunate because I lived in the vegan capital of Australia with heaps of vegan restaurants at my doorstep. Plus I’m surrounded by friends who either are vegan or cook amazing vegan food for me because that’s the kind of awesome people they are.

So I can’t pick one dish but at the moment my top cuisines would have to be Japanese (they just do the best tofu in the world!), Mexican (black bean burritos all day) and I love Ethiopian curries with injera.

What, if anything, surprised you about being vegan? 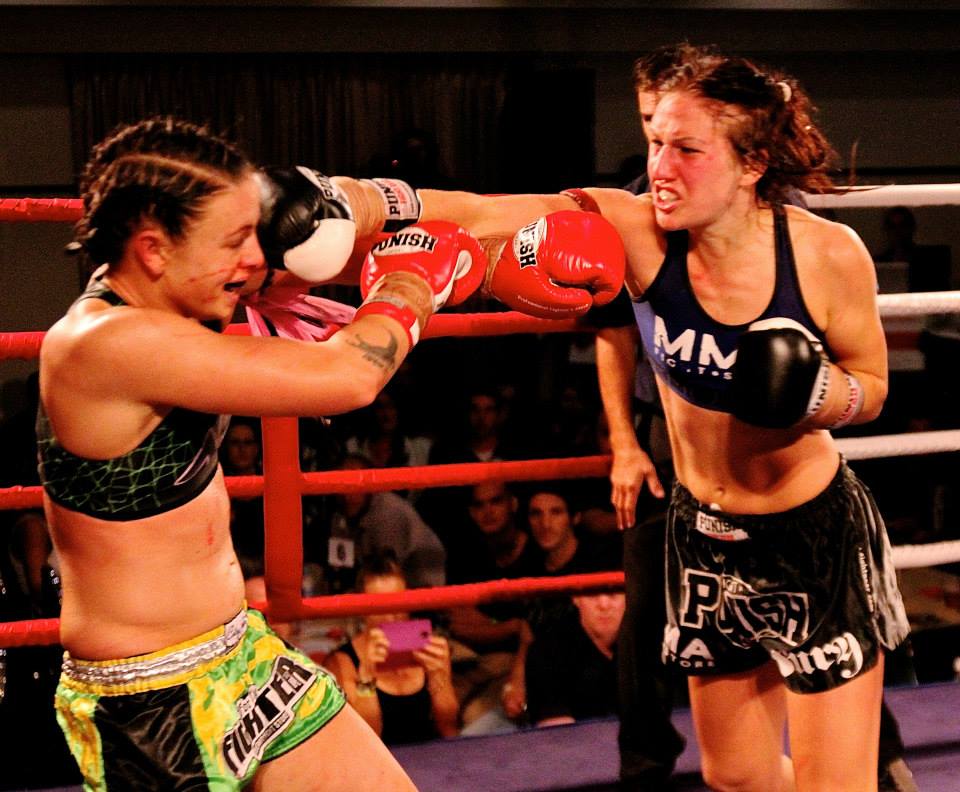 That there is so much variety.

To be honest I cook way more interesting things and so many different cuisines now that I’m vegan.

Also, I have gained heaps more muscle, something that I wasn’t expecting. I’m not sure what the exact reason for that is but it could be due to my higher carb intake and healthier, alkalizing foods that help my body repair and recover quickly.

Also I was expecting to cop more shit about it, but so far apart from the surprised questions like “how are you so fit?” and “do you take protein pills?“. People are genuinely curious and supportive.

What would you tell someone considering becoming a vegan athlete?

Find out about the animal agriculture industry and educate yourself about plant based sports nutrition. This is important for your own knowledge and because you’ll probably come up against a lot of resistance from the fitness community, so it helps to be armed with facts.

For me a slower transition worked where I incorporated more and more plant based foods into my diet, slowly pushing out and replacing animal products. This way I didn’t feel like I was taking away foods, just adding more plant based foods, and also meeting all my nutritional requirements.

I learnt how to cook vegan meals so I didn’t just take out the animal products which most Australian meals are based around leaving very little else.

Also don’t give up! If you’re low on motivation or feeling lost join some vegan Facebook groups, or online communities that are full of resources and knowledge.

I’m happy to answer any questions you have. :)